Undoubtedly, man and women make two sides of the same coin as they are perfect complements to each other.
http://www.miwishesh.com/ 11 Jul, 2013 11 Jul, 2013

6 Things women must learn from men

6 Things women must learn from menGetting into action 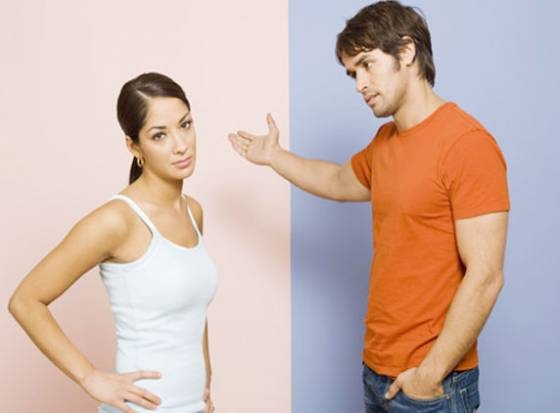 Undoubtedly, man and women make two sides of the same coin as they are perfect complements to each other. Yet both sexes are uniquely different. However, there must be a thing or two that one can learn from the other.

So, taking the battle of sexes forward, we allowed men to share things the ladies could learn from them to make life a little more worth living...And what more? Brought in some ladies too, for sharing their piece of mind...

"Don't hate me for pointing this out, but life will be far easier if women understand that everything in life has logic behind it. Men follow their innate logic as they take decisions, while women are absolutely unaware about the mere existence of logic. And this makes it really hard for men to deal with women," says TV actor Mihir Mishra.

Gal talk: "Women possess an innate sense of judgment, which they learn while living life. We do get influenced many a time, but at the same time we have a very 'pace-y logic' that we learn on the way. This usually makes us 'street-smart,' but unfortunately men don't relate to this and end up calling us 'logic-illiterate," says tele star Manini De.

2. Man teaches: Emotions can take a backseat at times

Usually blamed for lacking emotions, TV actor Varun Badola says, "Women must learn that every situation doesn't call for a huge emotional turmoil. Holding back one's sentiments when they are not required won't make the female sex hard-hearted and indifferent, but of course a little rational and practical."

Gal talk: Waving the emotional flag higher, TV actress Rajeshwari Sachdev maintains, "When women use emotions, they put their brains behind each one of their emotions to ensure that they don't hurt people while putting their thoughts forward. I think emotions add meaning to one's life."

Women call it showing that they care, while men tag it as being overtly intense. "Missing breakfast is not such a big deal as women make it to be by reminding us a hundred times that we missed it. Women usually get intense about the smallest of things and situations. If they learn to chill out from men, they'll be able to enjoy life like never before," says tele star Rohit Roy.

Gal talk: Nach Baliye star Tina Kuwajerwala says, "One of the partners has to be over -the-top to make the other one feel wanted in the relationship. It's the intensity in a woman that helps her enrich every relationship in her life with depth and compassion. Else, a woman's home would have been as cold as the road, where no one cares for the other."

4. Man teaches: Gossip, only when needed

Despite being official that even men gossip, actor Rahul Dev wants women to learn the art of keeping a tab on gossip sessions from men. "I'm not asking women to stop gossiping. I don't mean that men don't gossip, but what I want women to learn from men is doing a controlled crime. Not every situation calls for a gossip and bitching session," says Dev.

Gal talk: In a mood for some male bashing, says Pratibha Gupta, a Delhi-based-marketing professional, "To gossip or not to gossip is an absolute individual choice. Still, since time immemorial women have been blamed for being gossip mongers. But off late the tables have turned and one can't miss those all-male, coffee counter hush-hush sessions. We are still better than men because we don't feel ashamed of an act that we love to indulge in!"

We thought only women craved for men who possess a great sense of humour! But Mahesh Srikanta, a Mumbai-based-sports producer says, "Women are in desperate need to learn the art of laughing at life from men. Compared to men, women lack a good sense of humour and as a result they fail to enjoy life."

Gal talk: "Have you ever heard a man laughing his guts out at his own self, but women do that with ease. Gatecrash an all women pajama party and you'll know. However if they blame us for being 'bad at humour' because we can't take jokes aimed at our spouses and kids, then I guess, men need to learn a lesson or two from women," points out Madhurima Goswami, a Delhi-based-teacher.

Blaming women for living in their own dream world most of the times. Kunal Soni, a techie from Delhi, wants women to be more practical about life. "I feel that women tend to have a rather fantasised thinking about almost everything that happens in life, be it a relationship or a marriage. They should learn from men to think practically about life and accept that things can't be eternally hunky dory as per their dreams."

Joins in Krishanu Bhattacharjee, a Mumbai-based, corporate communication manager, "I seriously want women to accept situations realistically. We are tired of manipulating the truth only to make it sound sweeter for their ears. For instance, a question like 'Am I looking fat in this dress?' is a Herculean task for a man to answer as he wants to retain peace in a relationship. If women can learn to accept the truth the way men can, life will become more chilled out."

Gal talk: "I'll blame it on the genes that women possess. They love to get flattered, is it too hard for men to understand that? There's a way to put things across. The art of deception is a trait men ought to learn from women," argues Manini. 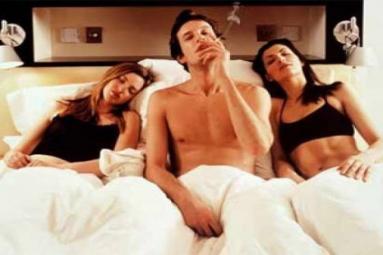 Women too cheat for LOVE... 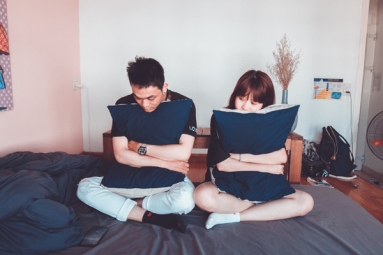 How to Fix a Sexless Marriage